The below post will contain spoilers of Season 7 Episode 2 of Game of Thrones. If you have not seen the episode yet and do not want spoilers please DO NOT read on. For everyone else, let’s begin. 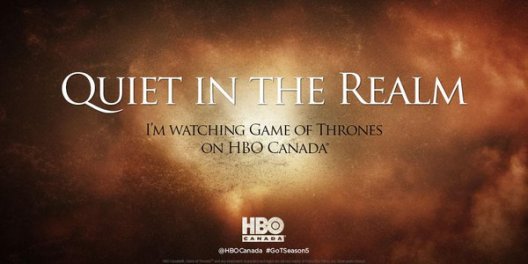 Even though some people say this was a slow episode, I believe that it had a steady pace. It’s the start of the season so the writers are having to set up the characters and situations they are currently are in. What road they will choose to walk?

Arya had a few scenes in this week’s episode that will lead to a big choice for her character. Sitting in a tavern she is met by a familiar face, Hot Pie. For those who don’t remember him, he is her from we haven’t seen since Season 4- Episode 7. Meeting again unexpectedly, he feeds her and drops the news that Jon Snow is now, Jon Snow “King of the North”. This news causes Arya to give up going to King’s Landing and instead turns back towards home, back to Winterfell.

On her way there, she is making camp with and suddenly finds herself surrounded by a pack of wolves. Arya, at this point, is outnumbered here. Only having her sword and her horse versus about five wolves, which means the odds aren’t looking in her favor. From behind her emerges the leader of the wolf pack, a fully-grown direwolf! That’s right folks, Arya is now face to face with her pet direwolf, Nymeria! The one that she was forced to release into the wild, to save back her life back in Season 1.

Happy to see Nymeria, and for a chance to be saved from her life-threatening situation, Arya puts down her sword and begins talking to the direwolf. She proceeds to tell Nymeria that is she heading home, to Winterfell, and wants the direwolf by her side. Nymeria turns her back on Arya, leaving her. Arya accepts this by stating out loud, “That’s not you.” I believe this makes Arya torn in her decision to continue her journey to Winterfell. When she was younger I believe she would never hesitate to go her home, especially knowing her family is there. But she is not the girl she once was, so I believe she is going to head back towards King’s Landing instead.

Now it’s on to Samwell Tarly (Sam), who is currently at the Citadel. In his brief two-episode journey, Sam has already seen his fair share of human body fluid horrors. Having to clean the bedpans, the full bed pans, of the elderly members of the Citadel to meeting Jorah Mormont, who’s upper body is almost entirely covered with the greyscale disease. This disease is passed just through skin to skin contact with a person that has been infected. The Citadel has marked this disease as too dangerous to treat in the late stages of infection. Since there has only been two people known to be cured and the chance of infection is too high, they send anyone infected to a remote island to live out their days until they go mad from the disease and the greyscale finally consumes their body.

Sam has snuck into Jorah’s room and is now removing the greyscale off his skin, piece by piece. This scene just led to a painful, infected skin looking mess. Even though Sam is getting hit with all the grunt work, he was still able to help Jon Snow. Sam stole the keys to the locked library at the Citadel and took a book that told him that there is a ‘mountain of Dragon Glass’ at Dragonstone, he then quickly sent a raven to Jon to let him know.

Instead of leaving you with a gross video of all the things poor Samwell has had to endure at the Citadel so far, I am going to show you the letter Jorah was writing to Khaleesi when he thought there was no hope left.

This leads to the Greyjoys and the mess they are currently in. Khaleesi sent her nautical fleet lead by Yara Greyjoy to accompany Ellaria Sand and her three daughters Obara, Nymeria and Tyene (the Sand Snakes) back to Dorne. Yara and Ellaria have sworn allegiance to Khaleesi, who then ordered Yara to ferry Ellaria and the Sand Snakes to Drone for more troops. Alas, they weren’t going to make it as Yara’s uncle and now king of the Iron Islands, Euron Greyjoy, ambushes the few ships Yara has. The scene and effects are well done by the effects artists on of Game of Thrones, it was shot beautifully. I’d have to say this was my favorite fight scene visually, but the outcome left me heart broken. Yara’s ships and crew are beaten down, almost too easily, by Euron’s band of merciless pirates. Not only are Yara’s men lost, but the two if the Sand Snake Sisters perish (Obara and Nymeria).

Ellaria and the last remaining Sand Snake Sister, Tyene are captured alive by Euron’s men and taken to their ship. Yara is still fighting even though she sees the defeat of her men all around her by Euron’s men cutting their tongues out, which is a creepy and stomach churning ritual done by the people of the Iron Islands. Yara in her bravery went face to face with her uncle ready to fight for her men, her ships and her life. Euron was the victor of that fight, keeping Yara alive and her tongue intact, for now. The only hope for her rescue now is Theon Greyjoy, his uncle taunts him to come save his sister, who has saved Theon at least two times that we know of. What does Theon do? He stares at the two for a few minutes then cowardly jumps over board grabbing a floating plank of broken ship once in the water. Theon thought he was ready to regain who he was before Ramsay Bolton’s torture of him but when faced with that fear again, flight won over fight.  Leaving Ellaria, Tyene and his sister in Euron’s clutches. I believe Euron is going to deliver all three of the woman to Cersei as he promised her a gift in the last episode. While Theon floats helplessly near burning, sinking ships and death, Euron is going to King’s Landing to try and persuade Queen Cersei to be his bride. What a pair those two crazy assholes would make as King and Queen. Jamie Lannister had better watch his back.

3 thoughts on “My Insight Into Game Of Thrones S7E2”