The below post will contain spoilers of Season 7 Episode 3 of Game of Thrones. If you have not seen the episode yet and do not want spoilers please DO NOT read on. For everyone else, let’s begin. 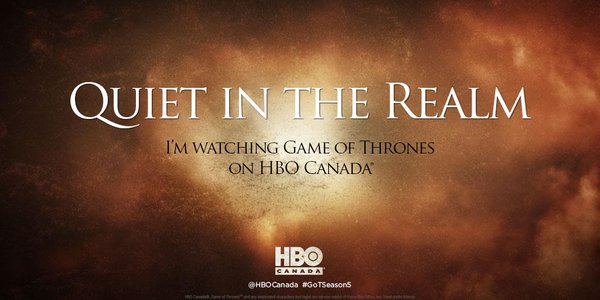 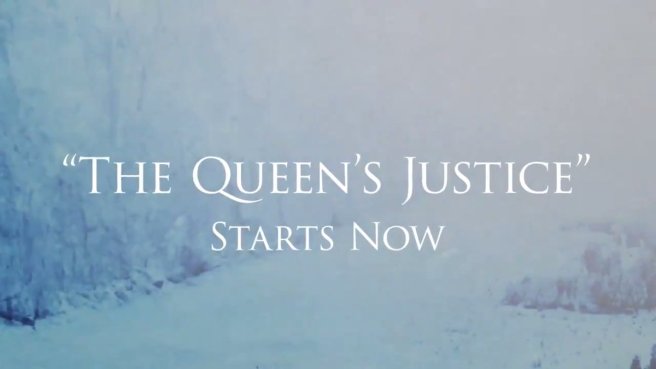 Game of Thrones is not letting us down this season! So many momentous and jaw dropping (As if we can still be shocked by this show), moments were dropped on us tonight. It was a wild ride so hold tight.

The introduction to Jon Snow landing on the shores of Dragonstone were very, “Mother of Dragons.” Having a dragon fly over your head and make you drop in terror isn’t the best way to stand your ground, good thing it wasn’t infront of Khaleesi.  As we know, Khaleesi, has many titles bestowed upon her from “Mother of Dragons” to “Breaker of chains”. Her introduction to Jon Snow was very long winded and Jon’s was very brief but important, “The King of the North”. 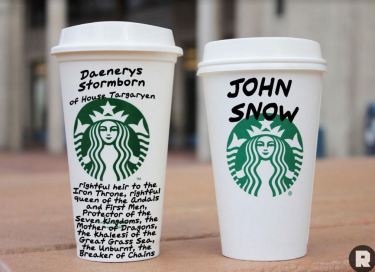 A quick rundown of their interaction is Khaleesi wanted Jon to bow to her and pledge his loyalty, as well as the North, to her but he told her no. Which was kind of disheartening for me because I just want them to become allies already! I do understand why it wouldn’t be so easy for either of them to become best friends forever that quickly. Khaleesi’s father, “The Mad King”, killed both Brandon and Rickard Stark. Rickard was roasted alive in his own body armor and Brandon had a cord put around his neck and sword placed out of his reach. Brandon was struggled to death by his attempts to get to the sword and save his father. All because, “The Mad King”, abducted Lyanna Stark and hide her away in Dorne. So, of course this all makes Jon hesitant in trusting Khaleesi, and not to mention his pledge to the families of the North who appointed him King.

Now- Khaleesi on the other hand, she didn’t trust Jon because he is the ‘Bastard’ son of Ned Stark. She points out that many people have hired assassins throughout her life to kill her, one of those people being Robert Baratheon, who was close friends with Ned and became after her father was killed. (Varys really needs to tell her about how Ned was the ONLY person who tried to talk Robert out of killing her on multiple occasions.) She points out that she shouldn’t trust Jon because of his father’s connection to Robert and putting a “Hit out”, on a baby. Along with the fact that Jon isn’t revoking his title as King of the North when Khaleesi believe she should rule all seven kingdoms, not share the north with Jon Snow. She also seems to not buy that Jon telling her about the White Walkers, that it is a distraction point and refuses to believe him.  She also took note of Davos mentioning that he was stabbed in the heart, to which he said it was for his people. Which Tyrion dismissed as a flight of fancy, but it was enough for her to take pause.

So she then takes his boat and strands him on Dragonstone, not holding him imprisoned however, he is free to move about the grounds and the castle. This isn’t completely bad because it gives Tyrion time to convince Khaleesi to allow Jon to mine for the Dragonglass which he seeks to make weapons from. She agrees to this and gives him the men and supplies he needs to accomplish his goals for the Dragonglass. This also gives her an opportunity for a future ally, since she just found out that the Greyjoys and the Dornish women were all captured by Euron and taken to King’s Landing to face Cersei Lannister. On the plus side, we do get two quick scenes at the Citadel. Samwell’s treatment of Jorah Mormont’s Grayscale appears to have been a success! Just in time too, Daenerys needs him now more than ever.

We then get to see Theon rescued from the freezing water and ship wreckage by a ship sent for survivors of the Euron attack. When he’s hauled onto the ship he’s bright blue from spending some time floating around in the cold waves. Theon tries to tell the ship captain and crew that he attempted to save his sister but he lost to his uncle Euron. The captain calls him out on this lie and tells him that they would be dragging a dead body on board the ship if he had attempted to save his sister’s life, then walks away leaving a defeated Theon to shiver on the deck of the ship.

Next, moving to Euron leading the prisoners of his conquest, Yara Greyjoy, Ellaria Sand and her daughter Tyene, through the streets of King’s Landing. It’s funny to me, that the same people that threw rotten food and yelled at Cersei for her walk of shame are now doing the same to these women for a Queen they detested. No matter though, Euron hands over Ellaria and Tyene to Cersei in the throne room in front of all the nobles. He keeps his niece, Yara, which still gives me some hope she can be saved. Cersei takes both the Dornish women and has them gagged and shackled to a wall in a dungeon. As Cersei is talking to both women, mainly Ellaria, I notice that she has this beautiful lipstick on and I’m thinking, “Wow, her lips are popping tonight!”

There is a reason for this, as she tells the women how she has been thinking about killing them she brings up the death of her only daughter, Myrcella. She then proceeds to ask Ellaria why she killed her only daughter, who was her favorite. She then pulls the gag down from Tyene’s face, kisses her, wipes off the lipstick and takes an antidote. Cersei makes sure both women know that Tyene is poisoned and will die and that she plans to make Ellaria watch her daughter die, and then to watch her corpse rot, and that she will keep Ellaria alive for this by any means necessary.

We now see the Unsullied army going to Casterly Rock, where they plan to take over the Lannister castle there. We see the Unsullied fight their way up ladders to the top of the wall, seeing them fall injured and dead, not sure which solider is Grey Worm. We then see a hole in the wall, on a waterway, Tyrion explains he had this put in the wall to sneak in his whores and that was the only reasonable way inside. Grey Worm leads the handful of Unsullied in this way and proceeds to take Casterly Rock by opening the front gates and letting the rest of the Unsullied in. Here’s what we didn’t expect, the Lannister army wasn’t even half of the normal one stationed at their castle. Leaving us asking where did they go?

Of course, this leads to Jamie Lannister leading the bigger part of the army to attack the castle of Olenna Tyrell. Her troops quickly fall to the Lannister army and she herself admits that the Tyrell army aren’t the best fighters. Jamie approaches Olenna, who is sitting aware of her fate. She warns him that Cersei is a curse on him and it will lead to his own death. He then puts poison in her wine and tells her that Cersei wanted a much more horrific death for her, but he talked her into letting him end it this way. Olenna being the badass she has been since day one, grabs the wine, chugs it, then tells Jamie that she killed his son King Joffrey with poison and that she wanted Jamie to tell Cersei. Which I don’t think he will, since Cersei told Euron she would marry him after the war was over and that he pleaded with Cersei for an easier death for Olenna.

I hate to say this but I believe Jamie’s fate is sealed, with everything Olenna pointed out to him before she died, I think he will die because of Cersei. Even though Khaleesi is now without The Greyjoys, Dorne and Tyrell armies. None of this matters though, if no one heeds Jon Snow’s warning of the disaster still to come, the White Walkers.

11 thoughts on “My Insight Into Game Of Thrones S7E3”