As I fumble through my days, there’s always some awful action I see through social media that makes me instantly mumble, “I hate people as a whole.” I never stop to think in the moment how strong of a word hate really is. While the word does hold a sliver of power from statements such as, “I hate you,” or “I hate your writing”, human beings are the ones that give this four-letter word it’s true power.

If you took a glimpse into history you would find countless explains of how people let hateful ideas spread through their minds, hearts and soul like a cancer. That one four-letter word, hate, caused so much pain and suffering. I will not be sharing examples here, whereas I do believe humanity should learn from the past to not repeat those transgressions I’d rather focus on the positive we can do in our futures. I thought instead I would share somethings I appreciate to combat all the negativity that is associated with hatred.

First off in my ode to appreciation is a fairly easy answer for me, animals. The type of animal that comes to mind for me are cats. I own two of these “furry bastards”, a term which I use endearingly. My cats fall under the category of lovers, not fighters. They can’t get enough cuddles or pets which can be irritating when you’re trying to accomplish any other activity. What I have found from years of cat ownership is that irritated state quickly fades when you hear them purr and see them content. In the moments, you play with them then they come and lay next to you, that’s when you realize the unconditional love they hold for you. I greatly appreciate their companionship and love as well because they are always there even when people are not. I feel like any animals in our life can be overlooked from time to time but think back to times where you really needed comfort and, if you had an animal, I’m sure they were by your side.

Next, I’m going to break things down a little more. I’m not going to list friends, family and relationships on here. Instead I’m going to give induvial attributes people show and express. These are qualities that when I see in people or hear stories about fill me with, “Faith in humanity restored.”

When I think of a qaulity I believe every human should have the word kindness comes to mind. The level of kindness I am going to touch on is the random acts of kindness. This is basically humans helping out other humans for no status symbol, reward or kudos. They are helping just because they see a person struggling and know they are able too. One of the best ways to see hate combated with kindness is when it’s between strangers. In today’s world technogoly it’s easy to miss the world around us when we are outside. Having cell phones with instant access makes it where a ride on public transportation feels like you are actually alone, just plug in your headphones and you’re good to drowned out the world. So, when you see someone take notice to those around them it’s a pleasant surprise. For example if someone is walking and their bag full of gorceries falls apart sending around item’s everywhere and strangers come to the indistress person’s aid by helping them pick up the items and offering them a bag. It’s a moment were seeing the people come to aid another puts a smile on your face.

A huge qaulity that I greatly respect and I think is rarely bought up is, thoughtful conversation. We all know there’s topics we can’t bring up around certain people without the conversation turning ugly and hateful quickly. A few come to mind immeditely; religion, abortion and well just politics in gernal. I shudder at the thought of even hinting at some of those topics with close friends and family of mine. So when you can see two people with opposing views having a thought provoking coversation it’s almost awestriking. Everything that goes viral are the outbursts, yelling and conversation turned to physical altercation. Tolerance of different view points and beliefs seems to have gone by the wayside in the ever growing tense state of the world. Just remember the tolerance of someone elses views doesn’t mean you agree with them it just means you respect them enough to listen. I implore you to think about that the next time you find yourself in a heated conversation or debate.

Kindness and tolerance can do so much to combat the hateful aspect of the world around us. Just by adding these ideas to a daily routine can brighten your world and the world of those close to you. Instead of passing on the negativity that we view through social media and see everyday try to pay it forward with these acts. You never know who’s day you might brighten from being understanding and in doing so, maybe they will pass on that happiness to another. 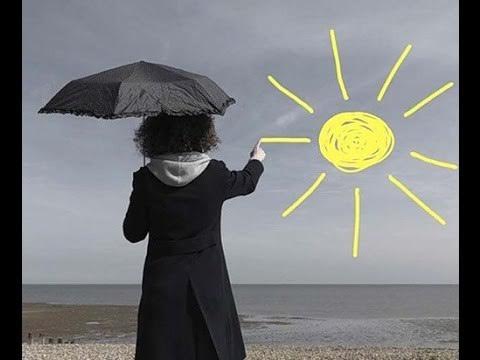