The below post will contain spoilers of Season 7 Episode 1 of Game of Thrones. If you have not seen the episode yet and do not want spoilers please DO NOT read on. For everyone else, let’s begin. 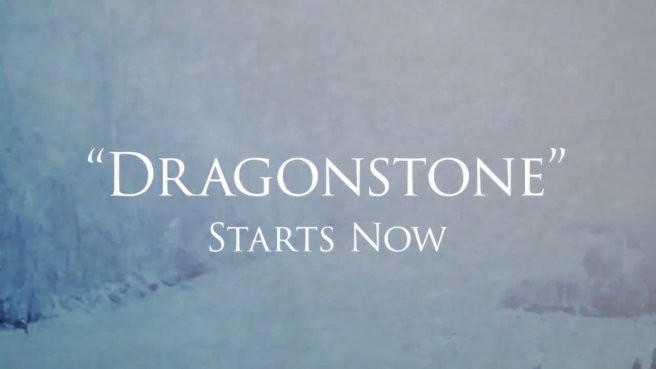 I’m going to start by saying this, I didn’t mind Ed Sheeran’s cameo in this episode. Basically, he had a small role as a Lannister solider. His acting was fine, his singing was fine and the whole situation with Arya was fine. It makes me sad that the internet backlashed on his so much he had to shut down his Twitter account, I mean come on people.  My reaction to seeing him on screen was, “Hahaha. Omg it’s Ed Sheeran.” Then I proceeded to watch the show, not focus on who he is outside of GOT.

Onto the actual scene which started like this, he was singing a song amongst other Lannister bannermen, when Arya comes across them on horseback. They invite her for a sit, food and drink.  This got me worried, I know Arya can take care of herself, but she was out numbered 6 to 1. With the reputation of any Lannister men they tend to be complete assholes, but this time it was different. I believe Arya’s interaction with these men were to show not everyone who fought for the Lannister army is a die hard, Lannister type. They were kind to her, told her stories of themselves and didn’t make a move to harm her. This also gives Arya a brief moment to be less guarded than she normally would, not that she isn’t paying attention to every move these guys make, she’s not dumb. So, as of now no bloodshed has happened. That said, this GOT, so at any second that could change.

Next, we move to Winterfell, where Jon Snow and Sansa Stark are still in the great hall,  addressing the noble families of the north. Jon decides to allow the Umber and Karstark families to align with him again even though both these families sided with Ramsey Bolton last season. Jon is doing this because he knows the ‘Army of the Dead’, White Walkers, are coming and he will need every person available to fight them. Sansa takes immediate issue with this, which makes me think she’s taken some notes from Cersei Lannister. She disagrees with Jon in front of everyone causing a moment of tension between the two. If you pay attention, the camera pans to LittleFinger, who is more than happy to see this happen. Jon Snow who is not just “Ned Stark’s Bastard” anymore. The King of the North speaks his peace and the two, young heads of the Umber and Karstark families pledge loyalty to House Stark. Sansa later tells Jon he will be a good king which is a nice make up.

However, I believe these two need to have a serious talk. They both have different understandings of the enemies that surround them. Sansa knows the Lannisters, especially Cersei, all too well and she needs to warn Jon not to trust Littlefinger. She has grown up a lot since season one and the people she had to survive through has taught her a thing or two that can help Jon out. Now on the other hand, Jon was on the Wall with the Crows. He was killed, brought back to life by the Red Witch, and saw the White Walkers first hand. Basically, they need to lay it all out to each other and have trust in each other. I’m hoping that jealously, and Littlefinger, don’t get in the way of their alliance.

Who could forget about my favorite, hopefully soon to be a couple, Brienne of Tarth and Tormund Giantsbane a renowned leader of the Wildlings. I believe the sparks are there and Tormund has no issue with hiding his attraction to Brienne. This makes her uncomfortable for a few reasons; she still is leery of him because of him being a wildling. In her sworn oath to protect Sansa this would be an issue because he could become a threat to her, which means Brienne would step up and have to fight Tormund. There’s also the fact that Brienne has been mocked her whole life for being too, “Manly” and wanting to fight as, “Men do”. She’s not used to people showing attraction to her especially so bluntly which makes her feel awkward and unsure how to handle the attention. Then there is the lingering feelings she has for Jamie Lannister, he did allow her to escape after all, which saved her life. Will ‘Briemund’ be a thing? I and the rest of the kingdom hope so!

Now, we get to Jamie Lannister. Oh Jamie, how much I want to like you, but you make it so hard. At the end of last season, I thought he had enough of Cersei’s self-serving bullshit. When he found out that King Tommen, his son secretly, committed suicide because of his mother Cersei’s actions, I thought that was the straw that would topple the castle. Then I realize a few things, outside of my wanting him to win me over completely. He still loves her, even after all the shit she has done and all their kids she has intentionally or unintentionally killed. They are the last of the house of Lannister, besides Tyrion Lannister, who Cersei wanted killed but Jamie saved; only to have him join up with Khaleesi and become her top advisor. Also, if Jamie were to leave he would have nowhere to go. The other houses would not be accepting of him, everyone would be out to put his head on a pike, especially without the protection of the crown. He is stuck now trying to keep his head above water while trying to save a drowning kingdom. He needs to be careful though, because Cersei will shove his head underwater if it means keeping her newly obtained crown. Is there a chance that Jamie will be redeemed from all he has done for Cersei? Only time will tell.